When new student David (Derrel Maury) arrives at Central High, he discovers that it is lorded over by a gang of bullies who rule the school through intimidation and violence. David’s friend Mark (Andrew Stevens, THE FURY) encourages him to join this dominant clique, but instead David stands up for their victims, and the gang cripples him in retaliation. Soon David begins taking steps to end their reign of terror permanently, setting in motion an explosive cycle of killing that may not end until no one is left to graduate!

Co-starring Robert Carradine (REVENGE OF THE NERDS), Kimberly Beck (FRIDAY THE 13TH: THE FINAL CHAPTER), and Rainbeaux Smith (LEMORA: A CHILD’S TALE OF THE SUPERNATURAL), MASSACRE AT CENTRAL HIGH is the startling American debut of Dutch writer/director Renee Daalder. While packing in all the sex and violence that drive-in audiences demanded, Daalder also delivers a potent allegory about fascism and power structures in a high-school world where adults are absent. A cult and critical favorite since its 1976 release (and an evident influence on the classic HEATHERS), MASSACRE AT CENTRAL HIGH now makes its long-awaited restored and remastered BLU-RAY and DVD debut, so you can study Daalder’s classic like never before and educate yourself with all-new special features! 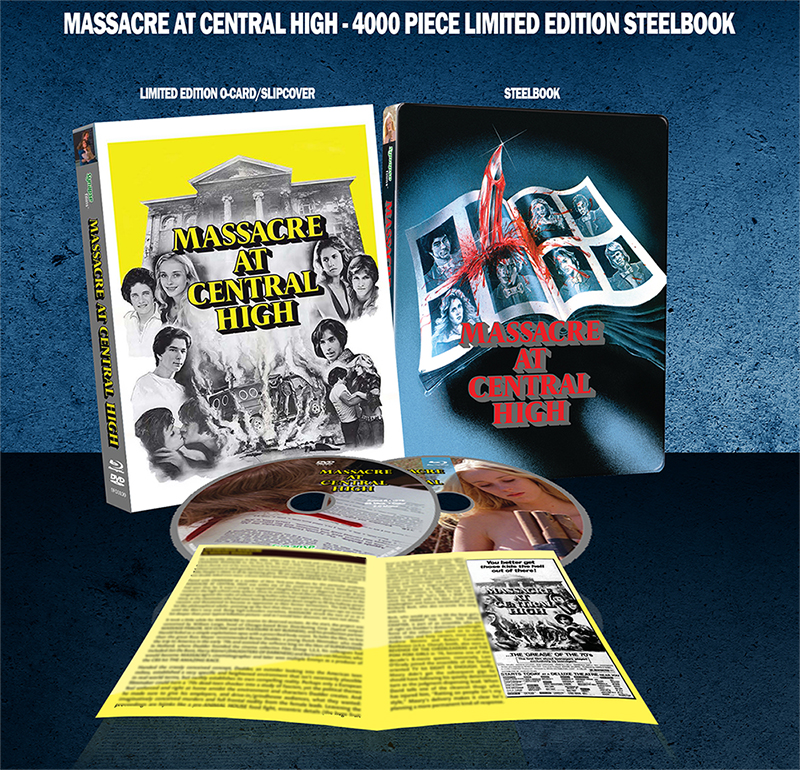 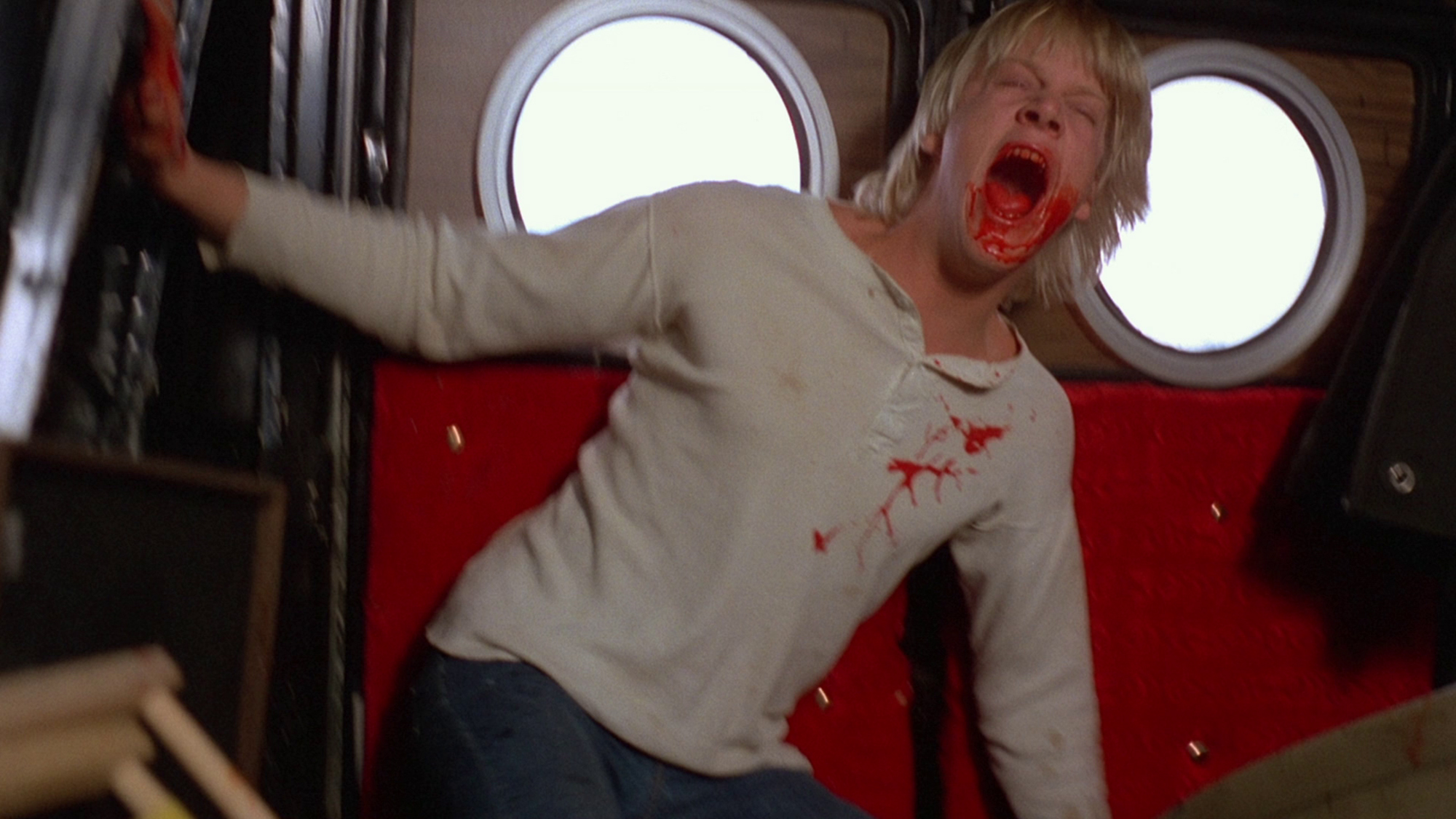 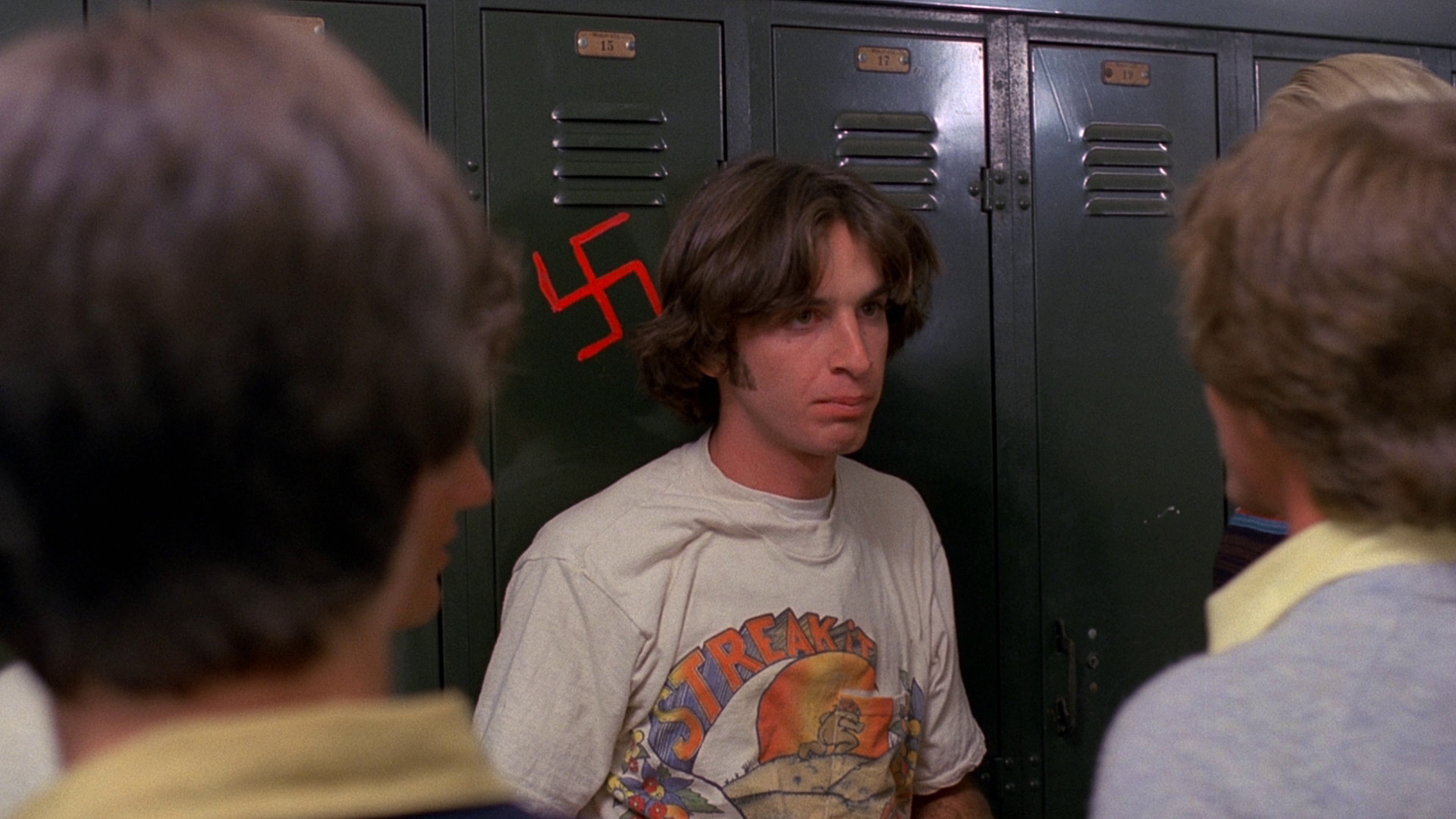 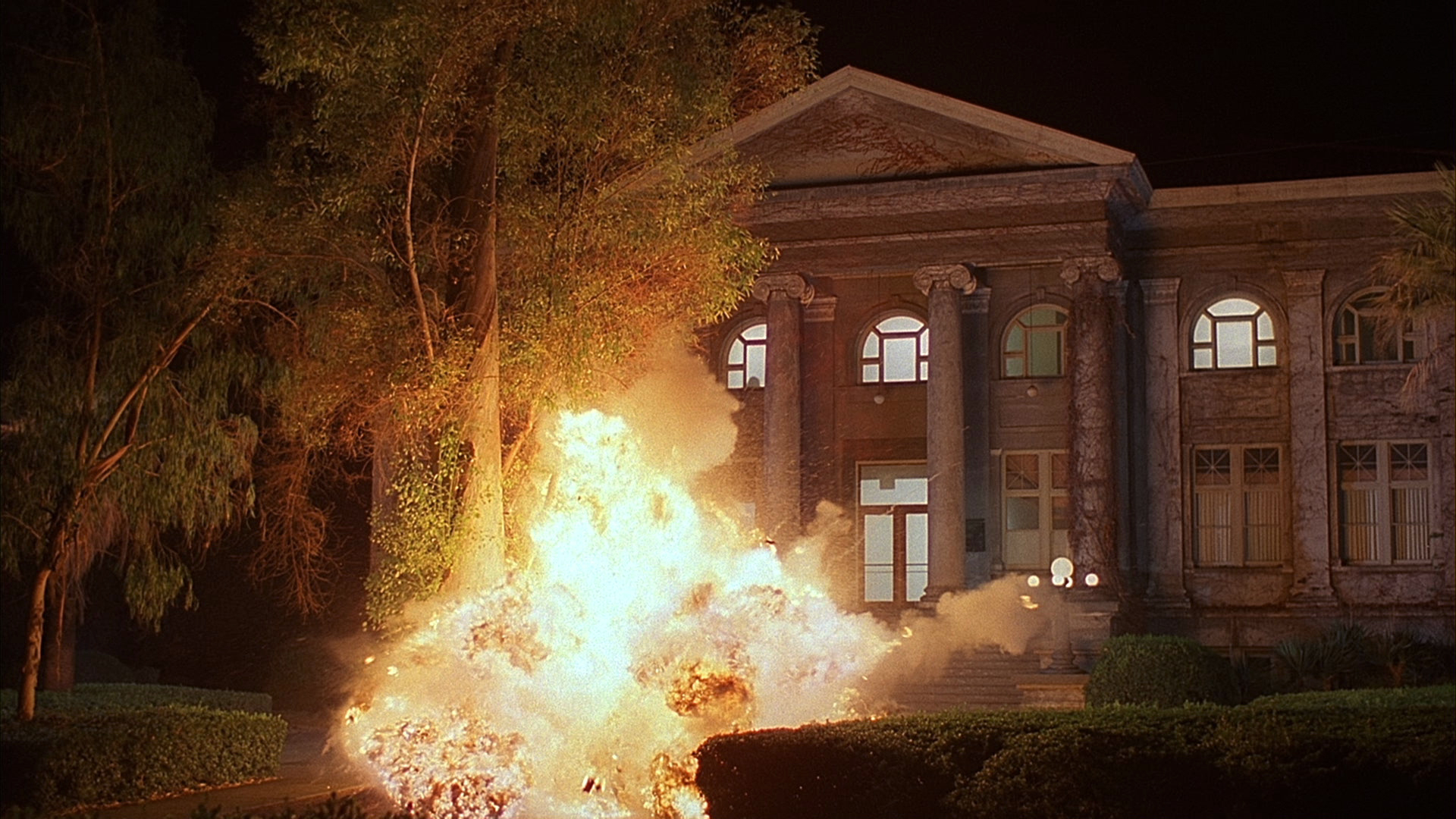 THIS TWO-DISC 4000 UNIT LIMITED COLLECTOR’S EDITION CONTAINS ONE 1080P BLU-RAY, ONE DVD AND A COLLECTOR’S BOOKLET IN LIMITED EDITION BLU-RAY STEELBOOK® PACKAGING WITH A SPECIAL SLIPCOVER. THIS 4000 UNIT STEELBOOK IS ONE PRESSING ONLY!

The price of this product from Synapse Films’ website is $39.95 plus a $6.00 packing/handling fee ($45.95 total). Because of new mail pricing and regulations, there is a flat $20 +$1 each additional item (USD) shipping charge to Canada (not our choice… USPS Pricing has gone up for our friends up north). The item will be billed via Paypal when the order is placed, NOT when the order is shipped. For shipping outside of North America, please order from the wonderful folks at DiabolikDVD.