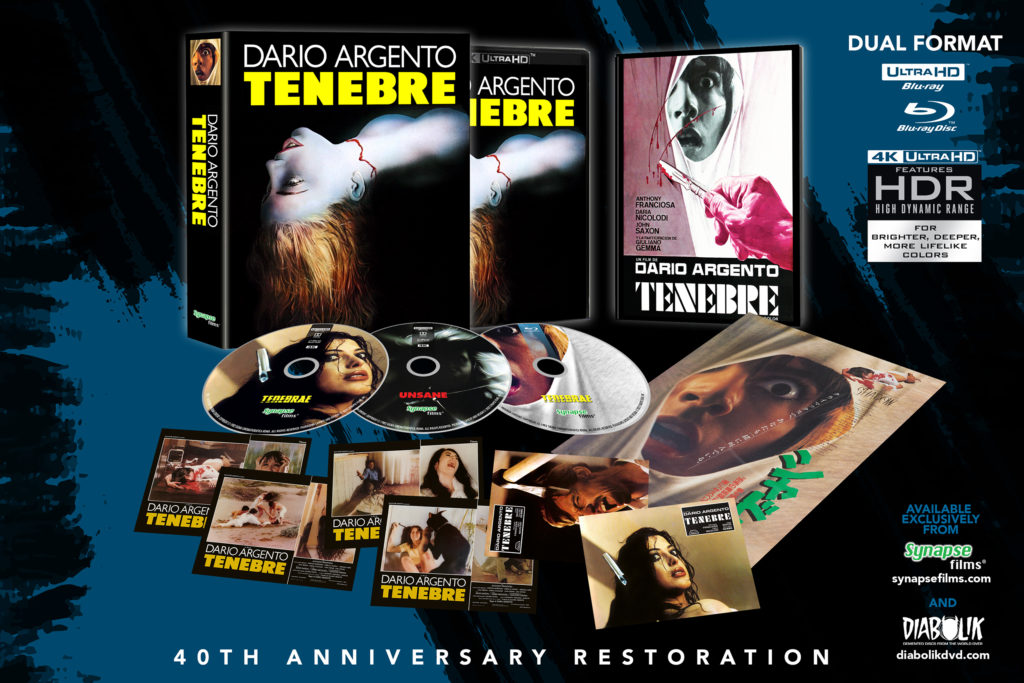 Italian horror master Dario Argento elevates the giallo genre to new heights with 1982’s TENEBRAE, a darkly humorous and notoriously grisly murder-mystery that many consider to be one of his finest works.  Now, Synapse Films, in conjunction with Arrow Video, makes this gory suspense classic available for the first time on UHD in a new 4K restoration for TENEBRAE’s 40th anniversary!

American mystery author Peter Neal (Anthony Franciosa, Death Wish II) comes to Rome to promote his newest novel, Tenebrae. A razor-wielding psychopath is on the loose, taunting Neal and murdering those around him in gruesome fashion just like the character in his novel. As the mystery surrounding the killings spirals out of control, Neal investigates the crimes on his own, leading to a mind-bending, genre-twisting conclusion that will leave you breathless!

Dario Argento’s Tenebrae will be presented in a three-disc 4K UHD/Blu-ray 6000 piece Limited Edition boxed set nationally distributed by MVD, along with an additional strictly limited 2000 piece “variant” cover ONLY available from the Synapse Films website and our friends at Diabolik DVD.