Fresh off an historic theatrical tour and following a sold-out run of limited edition Steelbooks, Synapse Films is finally bringing the widely celebrated 4K restoration of Dario Argento’s beloved and extremely influential SUSPIRIA to the masses. This highly anticipated genre release boasts a host of new special features in addition to the eye-popping new transfer of the film that will allow fans to truly see the film the way it was always intended.

Jessica Harper (PHANTOM OF THE PARADISE, PENNIES FROM HEAVEN) stars in this frightening tale of a young student who uncovers dark and horrific secrets within the walls of a famous German dance academy. What spirals out from that simple premise is one of the most powerful and hallucinatory nightmares ever captured on celluloid! Dario Argento’s SUSPIRIA comes to home video from Synapse Films in an exclusive new 4K restoration from the original uncut, uncensored 35mm Italian camera negative with the original 4.0 English surround sound mix, for the first time EVER! Painstakingly restored over the past three years, Synapse Films has created the ultimate special edition of this horror classic with the supervision and approval of the film’s Director of Photography, Luciano Tovoli. This Blu-ray presentation is a standard 1080p version of the 4K restoration. 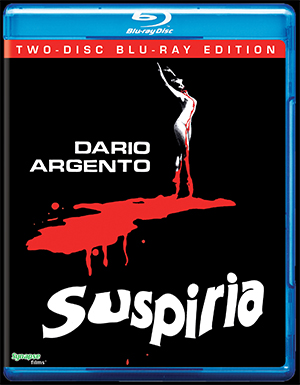 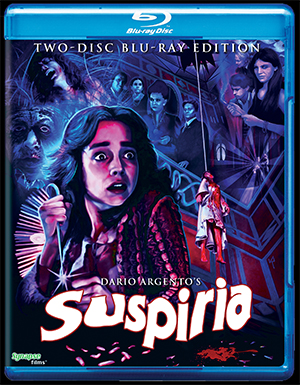