Synapse Films, in conjunction with Arrow Films, brings one of Italian filmmaker Dario Argento’s most shocking and fantastic films to 4K UHD in the U.S. in an amazing new limited edition! Released in the U.S. as Creepers by New Line Cinema, 1985’s Phenomena has long been one of Argento’s most discussed and debated films by fans and scholars.

The young Jennifer Corvino, played by Oscar-winning actress Jennifer Connelly (Labyrinth, Top Gun: Maverick), is sent to a private Swiss academy for girls where a vicious killer is on the loose. Jennifer has the unique ability to telepathically communicate with insects and an entomologist, Dr. John McGregor (Donald Pleasence, Halloween, Escape from New York), enlists her help in locating the murderer. As the mystery unfolds, they find themselves in a bizarre murder plot with maggots, telepathic insects and a razor-wielding chimpanzee! Can Jennifer uncover the killer’s identity before becoming a victim herself?

We are proud to present Phenomena in a two-disc 4K UHD 6000 piece Limited Edition boxed set. Synapse Films will be releasing this set throughout North America. Suggested Retail Price for the Synapse Films set is $59.95 USD. 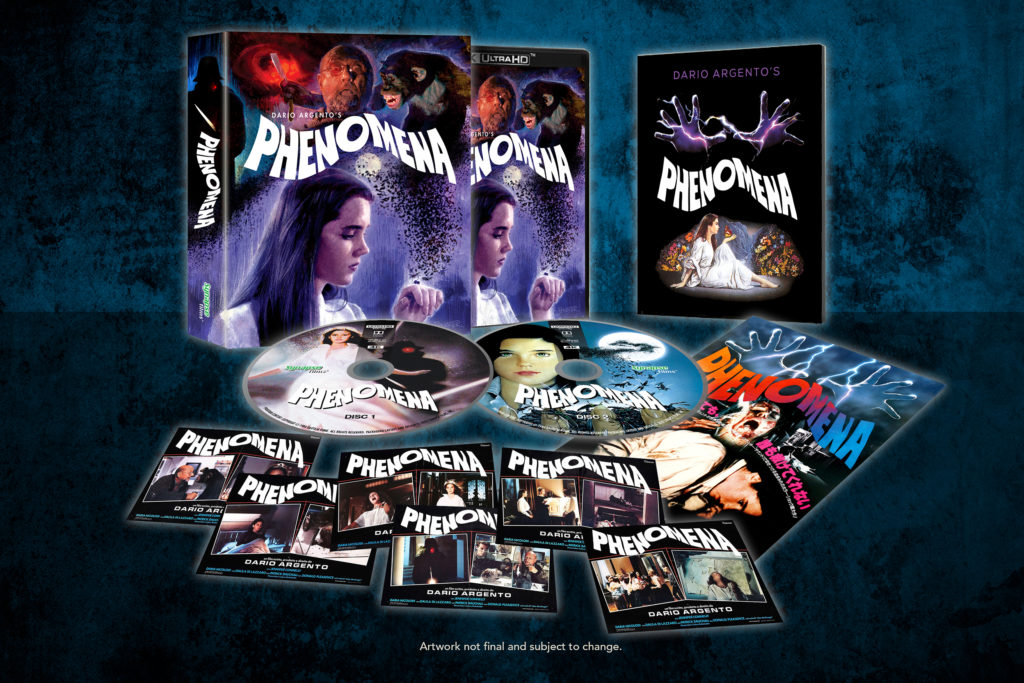