PLEASE READ CAREFULLY: The price of this product is $43.95 plus a $6.00 packing/handling fee ($49.95 total). Because of new mail pricing and regulations, there is a flat $21 (USD) shipping charge to Canada, with an additional $1 per additional item included on the same order. This item will be billed via Paypal when the order is placed, NOT when the order is shipped. For shipping outside of North America, please order from the wonderful folks at DiabolikDVD. We do not ship outside of North America due to our licensing agreements.

“If ever there was an unheralded, long-lost classic from the eighties this is it. It plays like the great missing H.P. Lovecraft adaptation that Stuart Gordon forgot to tell you he made.” – Kindertrauma

As Synapse Films prepares to celebrate their 25th anniversary in 2022, perhaps no film in the company’s storied history has been as anticipated as The Kindred. After many years and a lot of hard work, The Kindred is finally ready to be unleashed, making its worldwide Blu-ray debut with a stellar new 4K restoration of the complete, unrated version of the film, accompanied by plenty of extras.

Academy Award-winning screen legends Rod Steiger (In the Heat of the Night; Duck, You Sucker) and Kim Hunter (A Streetcar Named Desire; Planet of the Apes) star in The Kindred, a chilling tale of a genetic experiment gone wrong… very wrong!

Kim Hunter is Dr. Amanda Hollins, a molecular scientist who calls on her son John (David Allen Brooks) to eliminate all evidence of her genetic experiments… most specifically her “Anthony Journals.” Dr. Philip Lloyd (Steiger), an acquaintance of Hollins who is familiar with her experiments, wants to continue her studies no matter the cost! John heads to his isolated childhood home with a group of friends to uncover his mother’s research and destroy it all. There’s something else in the house, however… something watching and waiting… a tentacled creature born from the desire to alter human evolution. It’s evil. It’s mad. It’s ready to kill! 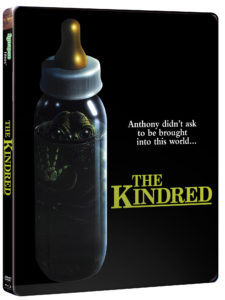 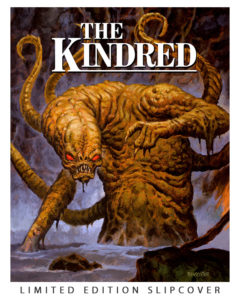 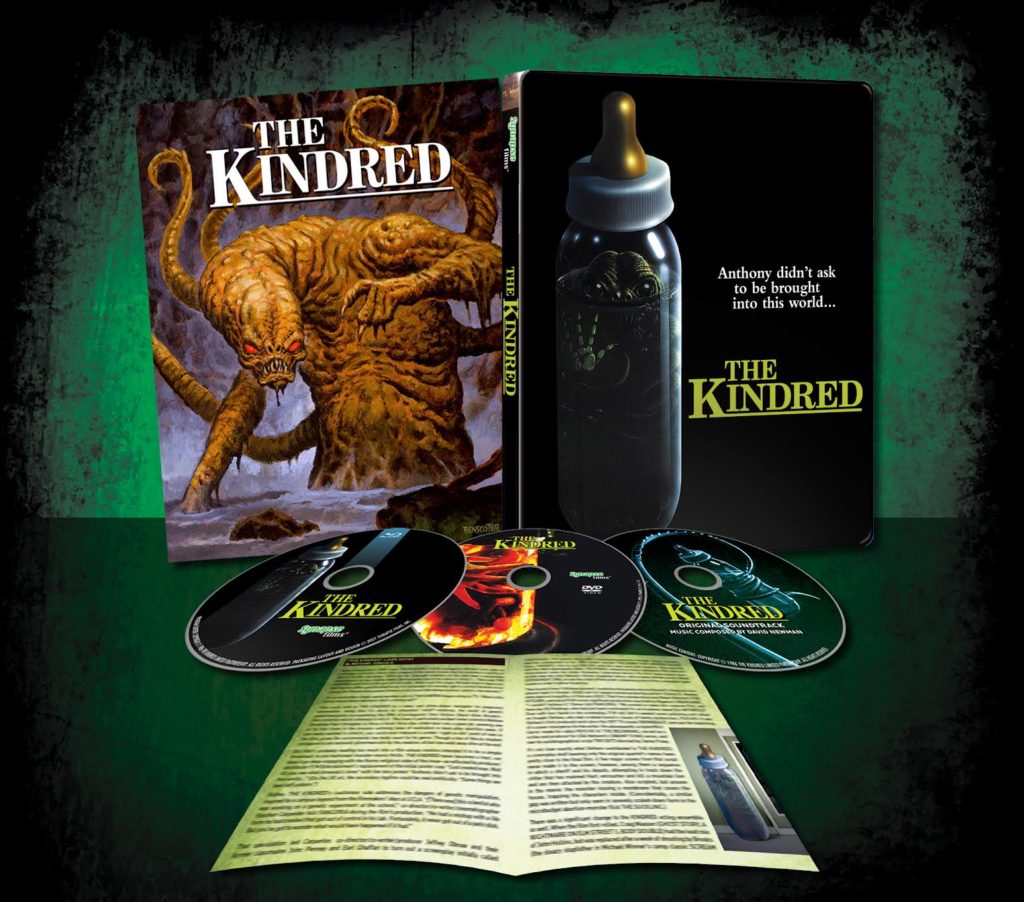