View cart “Unearthed & Untold: The Path to Pet Sematary [Blu-ray]” has been added to your cart.

Nine-year-old Douglas Whooly (Alexander Brickel, PALINDROMES) is obsessed with the handheld video game “Satan’s Little Helper,” and annoyed that the attention of his big sister Jenna (Katheryn Winnick, TV’s VIKINGS and BIG SKY) is being distracted by her new boyfriend Alex (Stephen Graham). These two concerns collide on Halloween, when Douglas witnesses a serial killer in a devil mask (Joshua Annex) posing his victims like outdoor All Hallow’s Eve displays. Not comprehending how real the carnage is, Douglas becomes this Satan’s little helper—and that’s very bad news for Alex, for Douglas and Jenna’s mom Merrill (Amanda Plummer, PULP FICTION, Netflix’s RATCHED), and ultimately for their entire town.

A different kind of Halloween horror film, SATAN’S LITTLE HELPER combines grisly killings with a mile-wide streak of savage humor. Written and directed by cult favorite Jeff Lieberman (SQUIRM, BLUE SUNSHINE, JUST BEFORE DAWN), it satirizes the way video games can seize hold of young minds, and is driven by the inability of Douglas (and others) to distinguish the Satan Man’s nasty crimes from All Hallow’s prankery. Featuring one of Plummer’s most eccentric performances, SATAN’S LITTLE HELPER has built a cult following on video and now makes its high-definition Blu-ray debut completely UNCUT, carrying a bagful of supplementary treats! 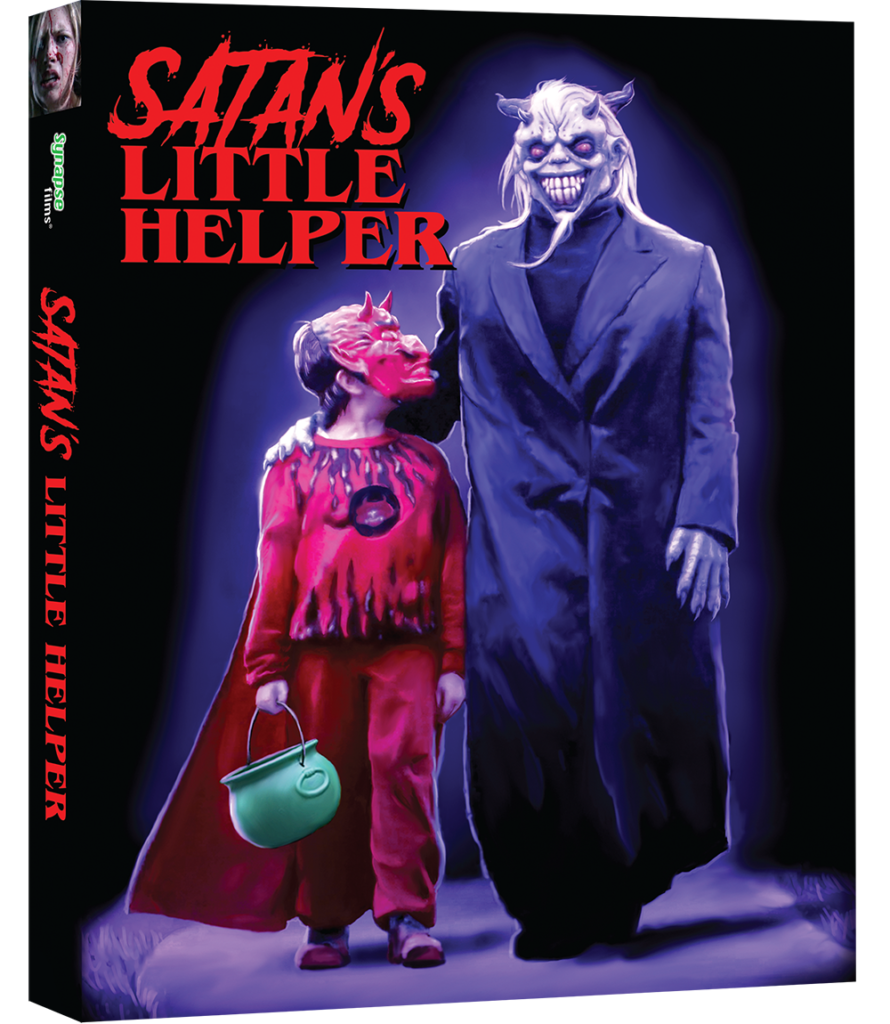 We’re happy to announce a limited-edition slipcover, designed by artist Wes Benscoter, will be included on all orders of SATAN’S LITTLE HELPER placed on Synapse Films’ website. If you’ve already ordered the Blu from Synapse’s web-store, don’t worry because you will get the slipcover version! DiabolikDVD will be selling a slipcover version, too! These slipcovers will ONLY be available via our website orders and also on DiabolikDVD. Again (because we always have to repeat ourselves so info sinks in)… this limited-edition slipcover for SATAN’S LITTLE HELPER will ONLY be available to those that order direct from either Synapse Films or DiabolikDVD. If you ordered via a site like Amazon, etc. you will not be getting the slip.